Darmasiswa news all over the world. 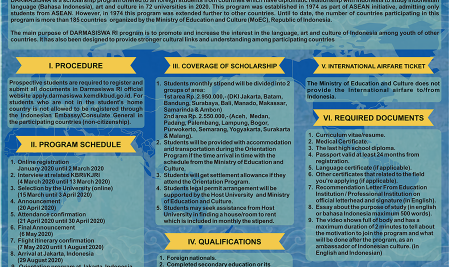 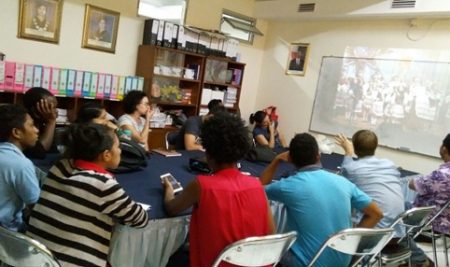 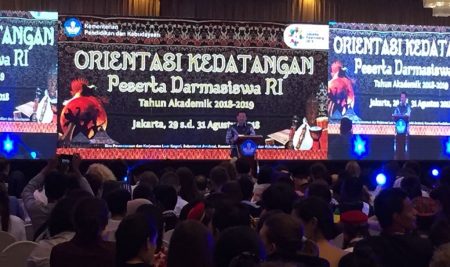 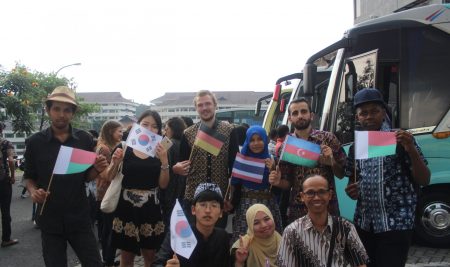 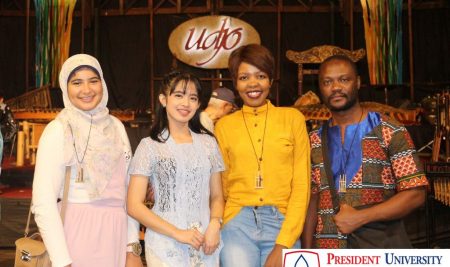 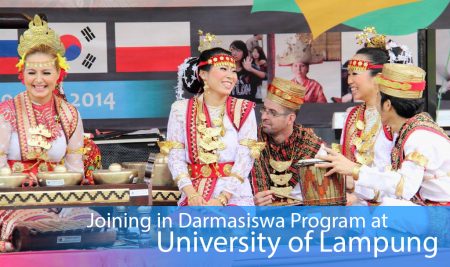 Joining in Darmasiswa RI Program at University of Lampung 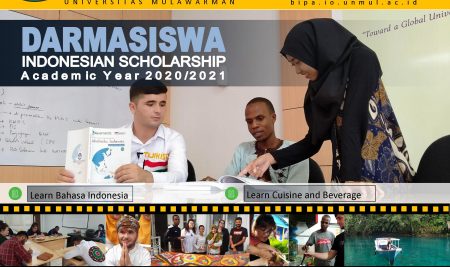 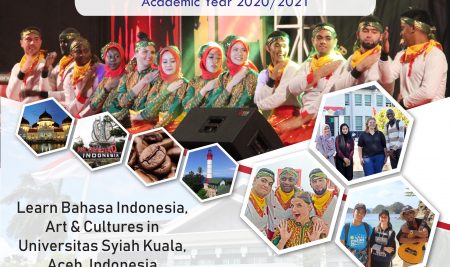 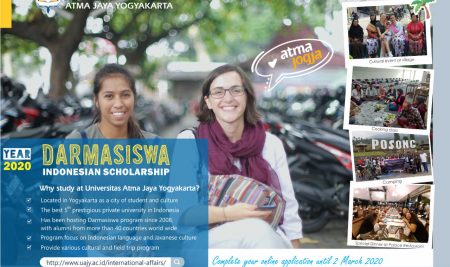 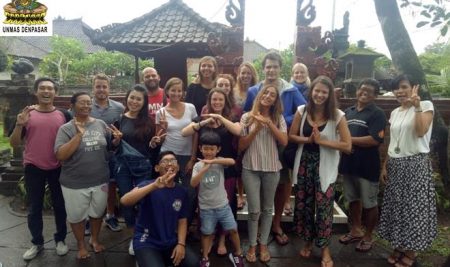 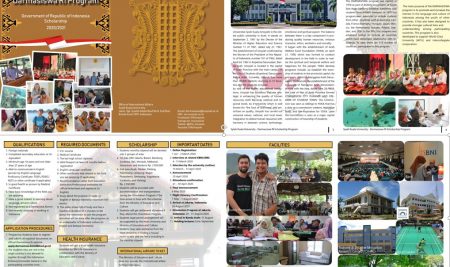 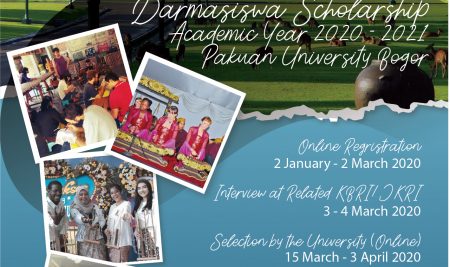 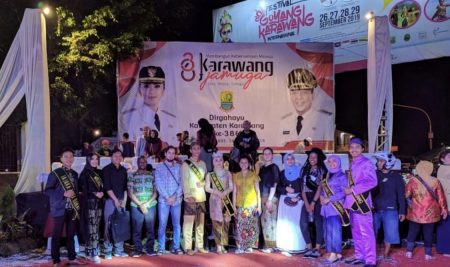 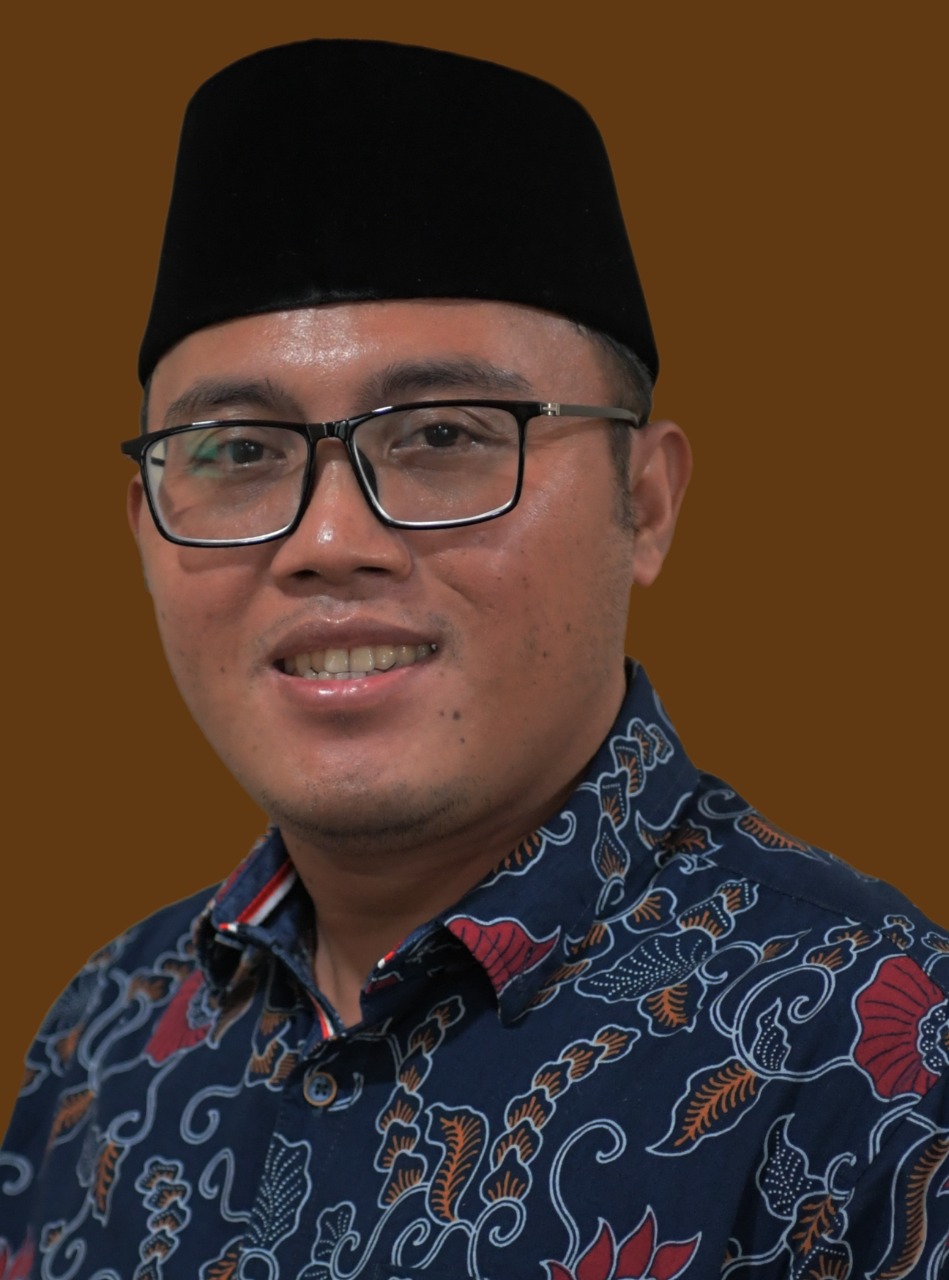 I belong to people who refuse to surrender to any form of globalization that resulted in the domination of one culture to many others. Globalization, in my perspective, should in fact enrich the world culturally. It should open the possibility for cultural exchange that promote friendship, commonality, and humanity. As humans are gifted with the ability to create, understand and use language, I believe that we can use language to access cultural exchange and cope with globalization. By learning other languages, one could discover many interesting characteristics about other cultures – through DARMASISWA brings you to this world.

DARMASISWA is a scholarship program offered to all foreign students from countries which have diplomatic relationship with Indonesia to study Indonesian language (Bahasa Indonesia), art and culture in 54 universities in 2015. This program was established in 1974 as part of ASEAN initiative, admitting only students from ASEAN. However, in 1976 this program was extended further to other countries. Until to date, the number of countries participating in this program is more than 111 countries and organized by the Ministry of Education, Culture, Research, and Technology (MoECRT), Republic of Indonesia.

The main purpose of DARMASISWA program is to promote and increase the interest in the language, art and culture of Indonesia among youth of other countries. It has also been designed to provide stronger cultural links and understanding among participating countries.

I would like to convey my sincerest gratitude and highest appreciation to participants of the Darmasiswa Program for their participation in this program.

Last but not least, allow me to remind all of us that we are now citizens of the world. Let us learn other languages and cultures, go global, and make the better world.

How students said about their experiences with Darmasiswa.

Indonesia has been everything that I expected and more, and I am truly grateful for the opportunity to better understand what I have been studying in school (Southeast Asian Studies) for the past four years and to experience a culture so different from mine and so special in many ways.