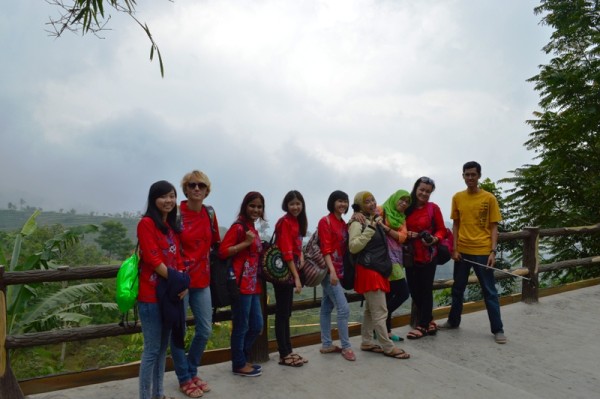 Written on December 19th, 2014Thursday, December 18, 2014, Office of International Affairs UAD took the Darmasiswa students UAD to have a trip to some famous tourism objects in Central Java. They visited Mendut Temple in Magelang, Umbul sidomukti in Bandungan, Sam Po Kong and Lawang Sewu in Semarang.

The trip started 6 a.m. in the morning. The first stop was Mendut Temple in Magelang, then the trip continued. The next stop was Umbul Sidomukti in Bandungan, Semarang. There, they took time to swim and play. How refreshing! Then they visited Sam Po Kong and the last was Lawang Sewu. All Darmasiswa students enjoyed the trip much and posted a lot of pictures on their social media.